If you really want to see Canada, you’ve got to do some driving. I’ve done this trip many times, and I’m still not tired of it.

First night out – Berthierville, Quebec, about halfway between Montreal and Quebec City. View from the motel window <ABOVE> and the check-in desk <BELOW> 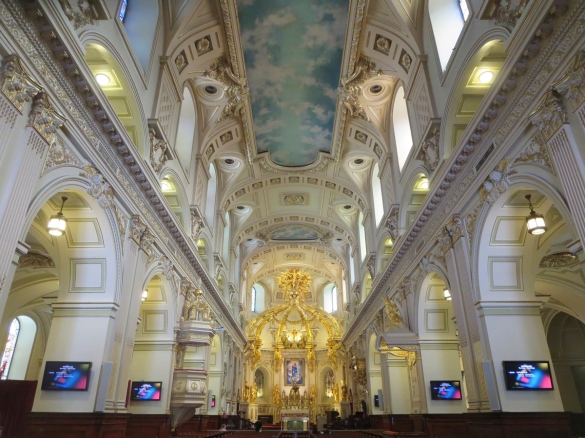 Into Amherst, Nova Scotia, where I got my start in radio broadcasting in the 1950’s. <ABOVE> David March, town councillor and morning man at CKDH-FM and myself. Graduates of this small radio station include CBC’s Ian Hanomansing, infamous Senator Mike Duffy, and CBC’s Joan Watson.

Halifax, capital of Nova Scotia, is worth much more time than I gave it. Bars and restaurants everywhere, as well as a first-rate theatre, the Neptune, several museums and art galleries, remnants of the Titanic, etc. Many of the bistros and dining establishments would be right at home in Toronto or Montreal. Highly recommended – the Wooden Monkey on Argyle Street and the Brasserie on Agricola.  <BELOW> Lunenburg Harbour and St. John’s Anglican Church, 1753. The church was nearly destroyed after a catastrophic fire on November 1, 2001. Within 5 years it was rebuilt both inside and out. Even some of the floor board squeaks are intact. The stained glass windows were painstakingly pieced together. Thanks go to many Nova Scotia artisans and woodworkers for putting St. John’s back together again. 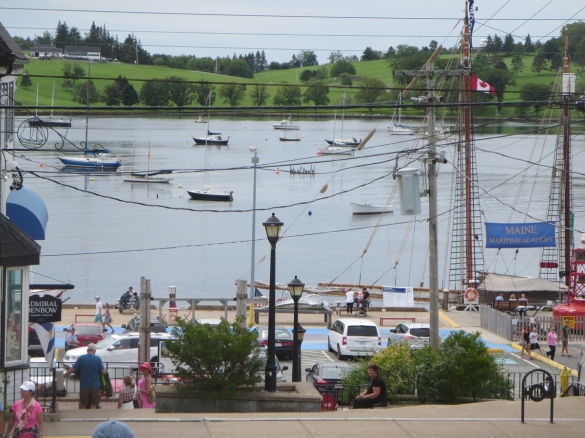 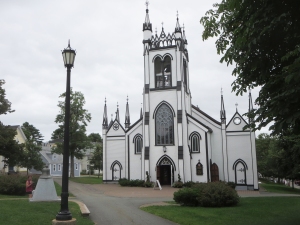 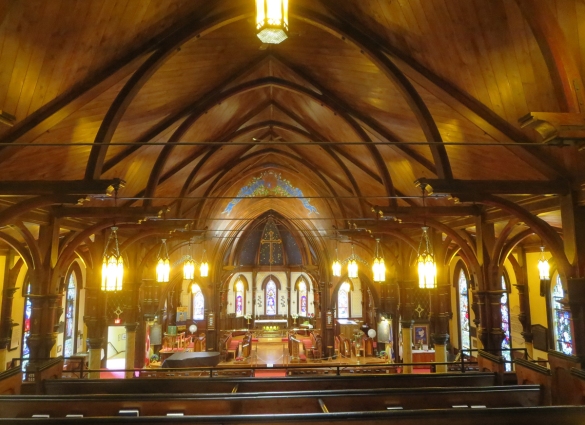 <ABOVE – interior St. John’s Anglican Church, LUNENBURG>  Driving back we passed through Montreal on Highway 40, a racetrack if ever there was one, up to Ottawa, the Nation’s Capital and its wonderful Bytowne Cinema & the National Gallery of Canada. <BELOW> Rideau Street Chapel ceiling in the National Gallery.

<PHOTO ABOVE – ceiling of the Rideau Chapel inside Canada’s National Gallery, OTTAWA>

<SCARBOROUGH high rises appear in the windscreen.  TORONTO is coming up.>