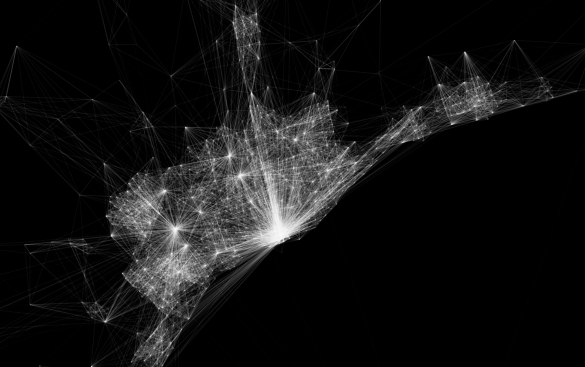 Union Station and the surrounding Financial District is our city-region’s major transportation hub according to data collected from the last Transportation Tomorrow survey, and displayed in this simple map which appeared yesterday.  Other major hubs shown are Pearson International Airport and the Yonge Street spine.  MelG writing on Blogto writes: “Of course there’s a high concentration of people going to and from that area: it’s TORONTO’s highest density area, comprised of both condo towers and office towers; it’s both a starting point and destination for a massive segment of the population. Union station is there, sure, but it’s the entire downtown core that’s gleaming white, not just the station.” 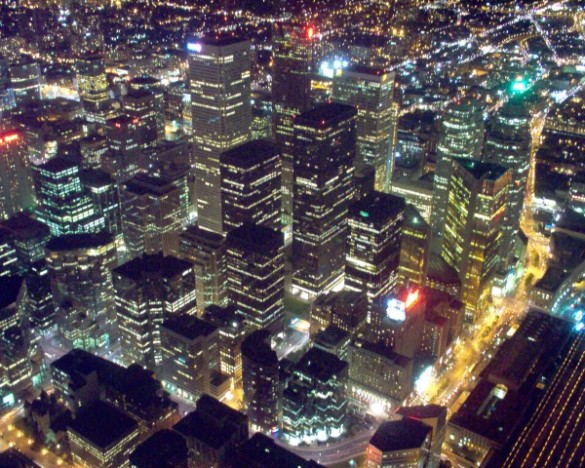