CASEY HOUSE, corner of Huntley and Isabella Streets, was the first institution specializing in HIV/AIDS care in Canada. Founded in 1988, the hospital is named after Casey Frayne (who died young in a motorcycle accident).

His mother, the late journalist June Callwood, recognized a serious need and worked tirelessly to get Casey House off the ground. 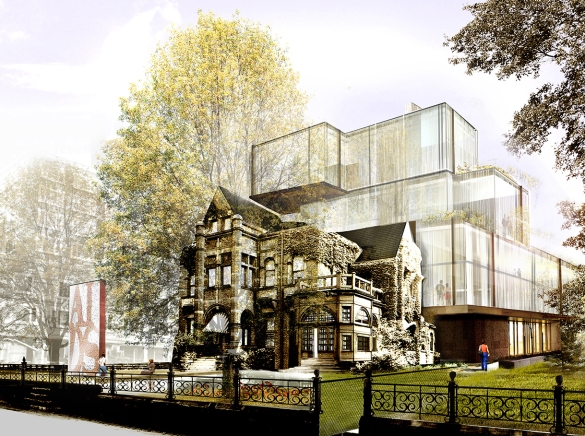 To better cope with this ongoing disease, Casey House is now in the process of building a new, award-winning, health care centre. Scheduled to open in 2016, the centre will allow a doubling of its care capacity, and the introduction of a new Day Health Program, providing one-stop care and treatment from first infection to end-of-life care.

Unfortunately there isn’t enough room on the property for this beautiful old coach house <PHOTO ABOVE>.  It’s being demolished.  Fortunately the 1875 William R. Johnston mansion <PHOTO BELOW> fronting on Jarvis Street is being restored, and will be folded into the new hospital centre. 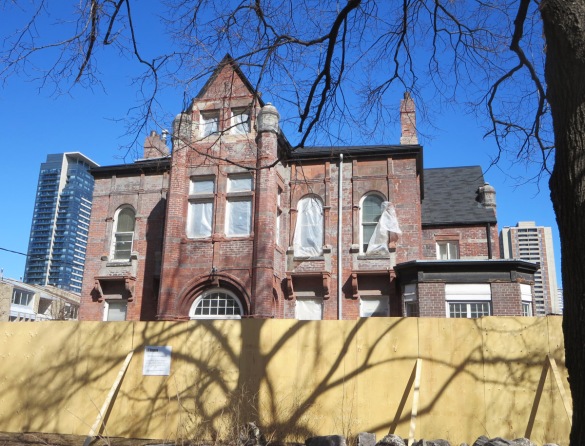 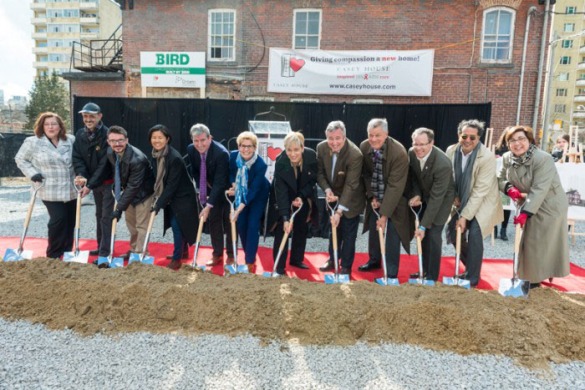