This plucky series, commissioned by the Canadian Broadcasting Corporation and shot in and around TORONTO, has been renewed for a second season both in Canada (CBC) and in the US (POP cable network). 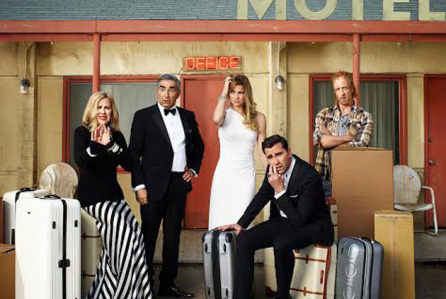 Created by father/son team EUGENE and DANIEL LEVY, and starring Catharine O’Hara, Eugene Levy, Daniel Levy and Annie Murphy, the series is doing well on both networks. CBC and POP have ordered another 13 episodes for 2016.

EUGENE LEVY: “Wow. A second season on Pop? This is good news! It’s better than good news. My son Daniel and I are thrilled to be associated with such a young, vibrant network. Here’s hoping as Pop grows, so grows ‘Schitt’s Creek.’”