“Massacre of the Innocents” in the collection of the Art Gallery of Ontario, is the first version painted by Peter Paul Rubens around 1611-12. From the end of the 17th century until the 19th century it was part of the Liechtenstein Collection in Vienna’s Garden Palace.  The painting was attributed to one of Rubens’ assistants, and remained under that attribution until it was sold to an Austrian family in 1920. In 1923 it was lent to a monastery in northern Austria. 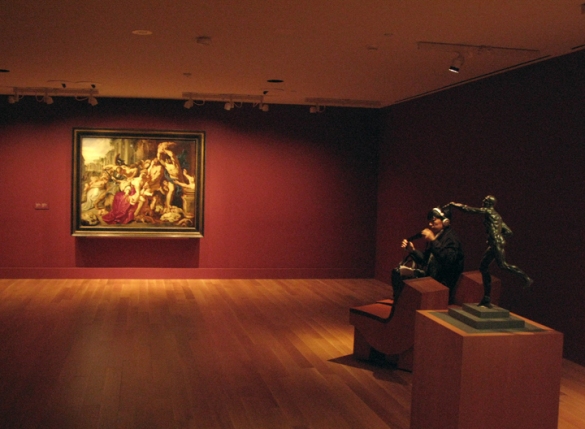 In 2001, the painting was seen by an expert in Flemish and Dutch painting at Sotheby’s in London. He believed it was indeed a Rubens, and at auction in London on July 10, 2002, the picture sold for $117-million CAD to collector and multi-millionaire KENNETH THOMSON, 2nd Baron Thomson of Fleet.  Mr. Thomson donated the painting to the Art Gallery of Ontario, 317 Dundas Street West, where it hangs to this day in its own special room.