The BBTCA (Billy Bishop Toronto City Airport) pedestrian tunnel is expected to open sometime this winter. TORONTO’s second busiest airport, 9th busiest in Canada, will then be connected to the mainland. It will have four moving sidewalks, a bank of six elevators on the mainland side, and escalators on the airport side leading to check-in. Walking through the tunnel will take less than 6 minutes. 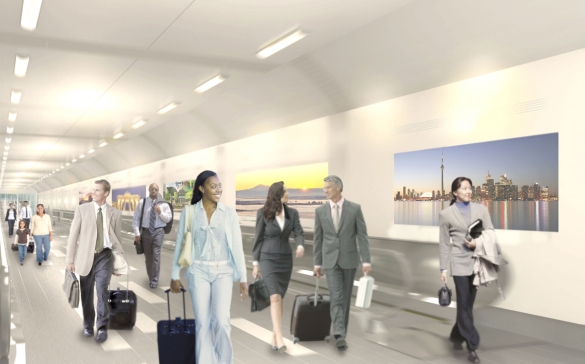