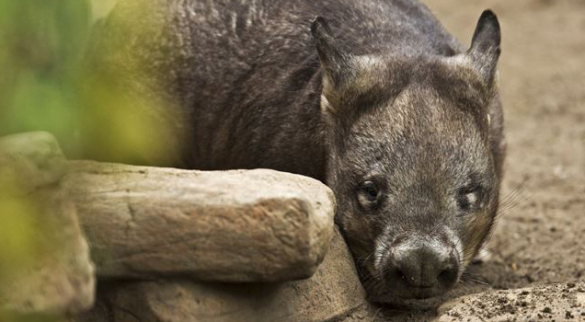 The oldest hairy-nosed wombat on record died in 2009 at Brookfield Zoo near Chicago. He was 34 years and 7 months old. TORONTO Zoo’s HAMLET, one of only nine in North America, is closing in on that record. He was born in Taronga Zoo in SYDNEY, Australia, and arrived in TORONTO in 1994.  On Sunday he celebrated his 33rd birthday.  HAMLET has three grandchildren and three great-grandchildren. He’s directly related to every hairy-nosed wombat in North America except two, and he’s still full of life when he isn’t sleeping (which is most of the day). Hamlet gets a dental checkup every six months, eats vegetables, timothy hay, vitamin pills and mineral pellets.  <PHOTO – Tara Walton/Toronto Star>