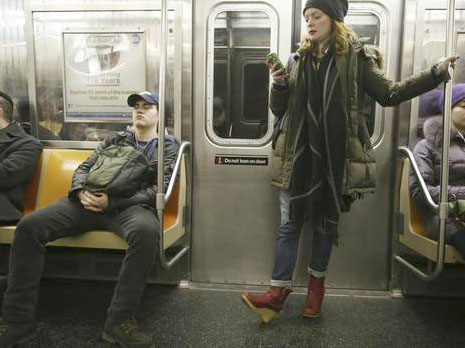 As 2014 draws to a close, a new word has entered the lexicon. “Manspreading”, as the New York Times puts it is “the lay-it-all-out sitting style that more than a few men see as their inalienable underground right.” In other words, if they’re on the subway they’ll spread their legs as wide as they please, occupying as many seats as they please, whenever they please. 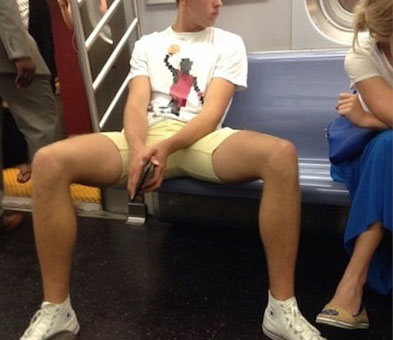 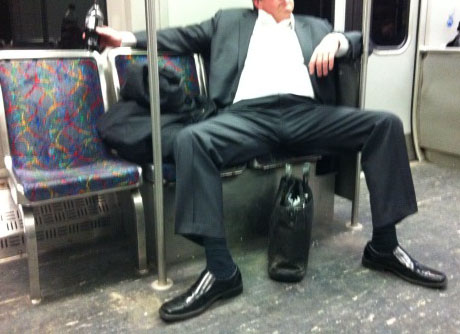 Philadelphia, New York City, Boston and London are trying to do something about it with subway advertising. TORONTO, which has its share of manspreaders, is more tentative in its approach. While she’s aware of the spreading scourge, TORONTO Transit Commission spokeswoman MILLY BERNAL wants us all to be nice. “Transit is a public space. We’re all sharing it. Just be kind.”

New Yorkers take a much more direct approach. KELLEY RAE O’DONNELL, who lives in Brooklyn, says it drives her crazy. “I find myself glaring at them, because it just seems so inconsiderate in this really crowded city.”  Reporter EMMA G. FITZIMMONS in the New York Times: “The targets (of a new subway ad campaign) are those men who spread their legs wide, into a sort of V-shaped slouch, effectively occupying two, sometimes even three, seats. Whether they’ll heed the new ads is another question.” 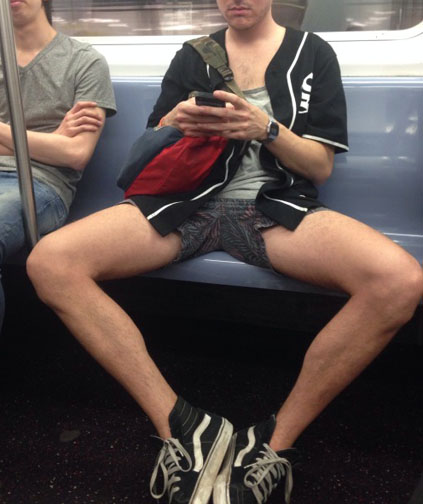 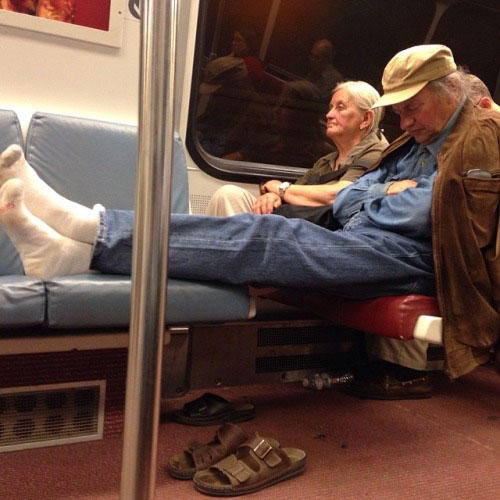