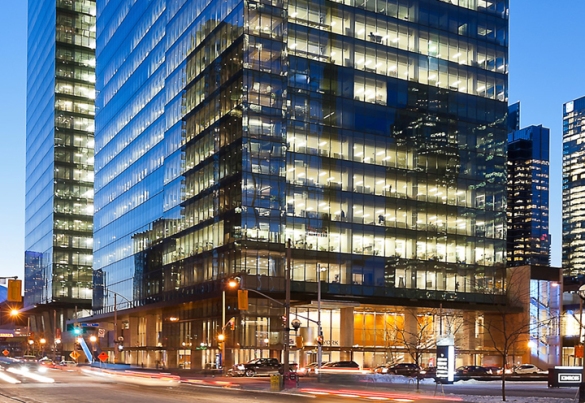 While many other parts of the world were recovering from the financial crisis, TORONTO has been rocketing ahead building more office space. The vacancy rate has remained low. This city is seeing twice the office development activity of Midtown Manhattan and more than Philadelphia, Chicago and Boston combined.  Companies continue to move from older office towers into state-of-the-art new buildings, about half of them in the booming South Core. Vacancy rates (presently below an average of 5%) could climb to 7.3% in 2015, and peak at 10.2% in 2017. According to commercial brokerage firm Cushman & Wakefield that’s still considered a balanced, healthy market.

By the end of 2017, some 9.1 million square feet of new office space will be added in downtown TORONTO. Much of the demand has been driven by information, communications and technology companies. East and west of the core demand also remains high.