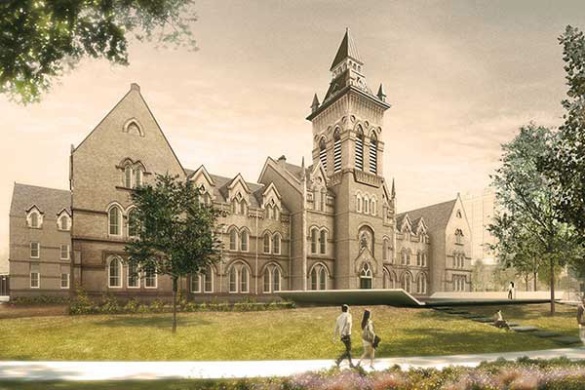 If you live in TORONTO, you’ve no doubt seen this building. It sits in the middle of a streetcar roundabout on Spadina Avenue, just north of College Street. ONE SPADINA was built in 1875 by the Presbyterian Church as Knox College, a theological institute now part of the University of Toronto. 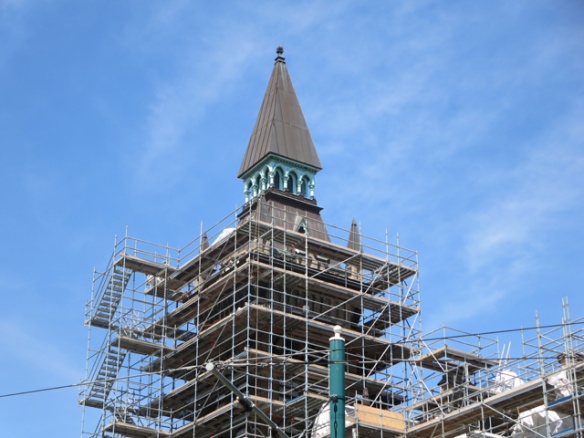 It later became the Spadina Military Hospital, where aviator AMELIA EARHART worked as a nurse’s aid tending to wounded soldiers. There’s been at least one murder in the building, and an accidental death when a female professor, looking for ghosts, plunged to the ground in 2009 while attempting to jump from one part of the building to another.

After a $50-million renovation, ONE SPADINA will be transformed into the John H. Daniels Faculty of Architecture. The revitalization will include a 50,000 sq ft glass addition to the rear, design studio spaces, an advanced fabrication lab, a 400-capacity hall for public events, and a public gallery. 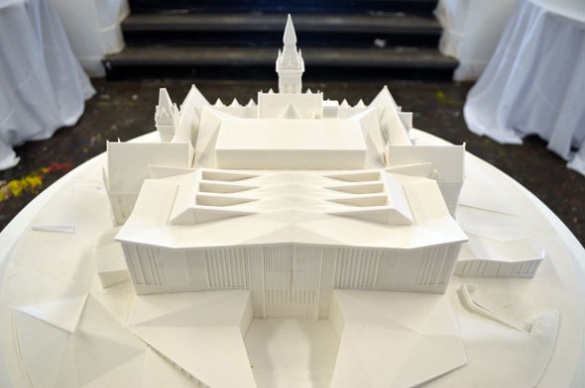