In the 1800’s private companies were contracted to build, improve and maintain roads in (what was then called) Upper Canada.  This was costly, so to pay for upkeep, all users were charged a small toll.  A tollkeeper’s cottage – the oldest survivor anywhere in Canada – was discovered in 1993 attached to a house in the Davenport/Bathurst Street neighbourhood.  <PHOTO ABOVE – cottage when discovered, with original window intact, 1996> 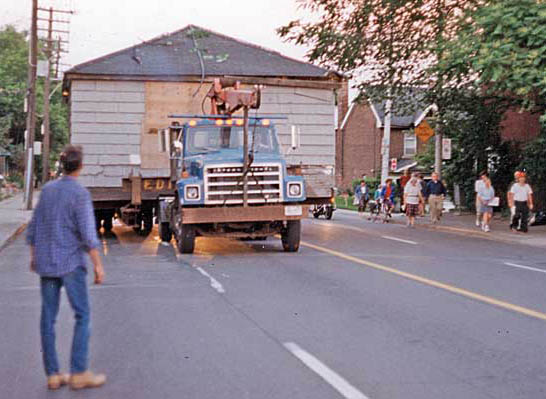 In 1996 the Community History Project rescued the cottage and transported it to a temporary location inside the Toronto Transit Commission’s Wychwood Barns site.  A Tollkeeper’s Fund was setup while volunteers searched for a permanent site.  <PHOTOS ABOVE – Cottage transported to the TTC Wychwood Barns>  <PHOTOS BELOW – volunteers apply replacement clapboard with handmade nails; cedar roof goes on; chimney rebuilt with handmade bricks, 2002/2003> 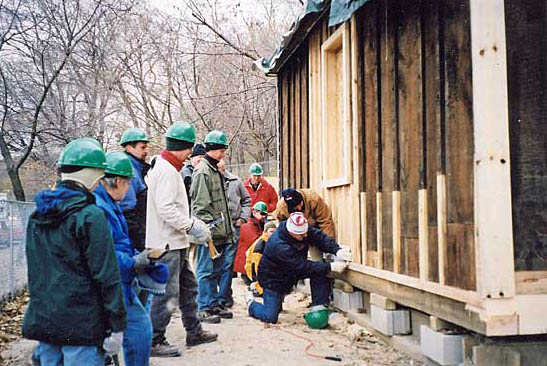 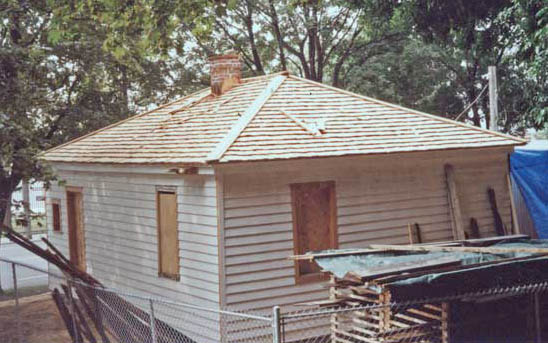 The Cottage was eventually moved to 750 Davenport Road, where it sits today, surrounded by its very own namesake park.  Additions were made to the rear of the building, providing space for a museum and interpretive centre.  The Cottage is a block or so from the very unique Wychwood Park neighbourhood.  <PHOTO BELOW – Opening Day, July 1, 2008>  For background info and museum opening times: http://www.tollkeeperscottage.ca 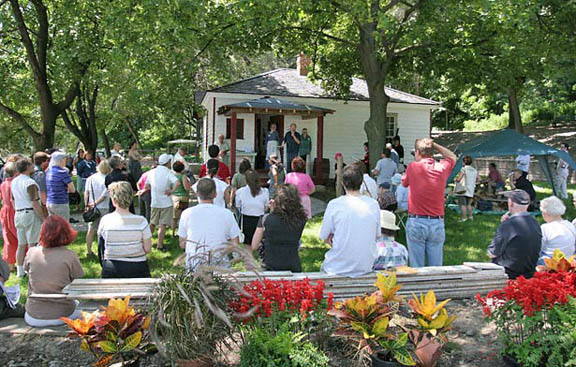