TORONTO’s principal square is named after NATHAN PHILLIPS, mayor of all the people from 1955-62.  The Square and New City Hall opened in 1965.  The architect: Finland’s VILJO REVELL. 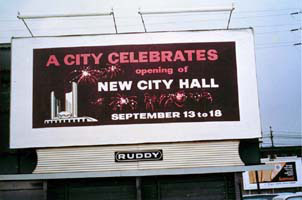 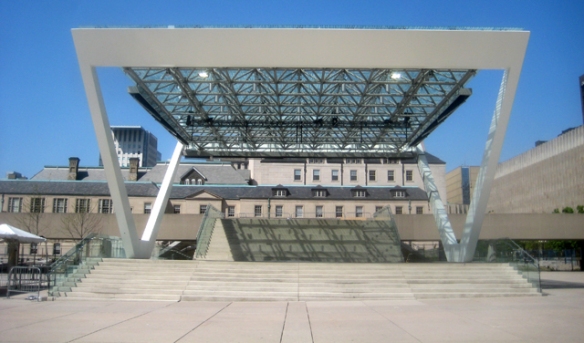