Hidden under years of grime and soot, the OLD DON JAIL (Broadview and Gerrard Street East) is emerging as a fairly attractive ‘swan’.  After a lengthy bath and stone restoration (thanks to Bridgepoint Health), this building – which has seen plenty of horror in its time – takes a rightful place in the city’s heritage trove.  A Victorian-era gaol, meant to intimidate, it’s actually quite elegant once its face has been washed.  PHOTOS – the cleaned-up Don Jail in 2012, AND some of the out buildings which are also being restored 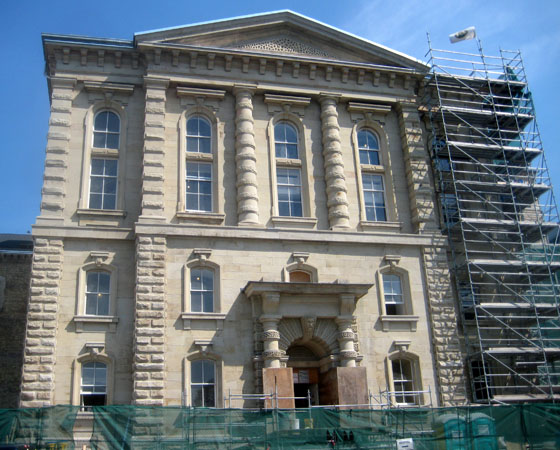 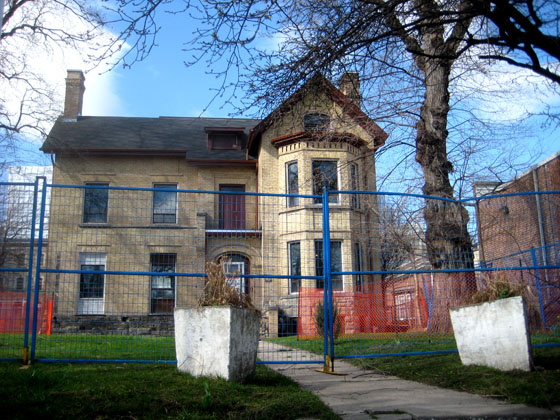 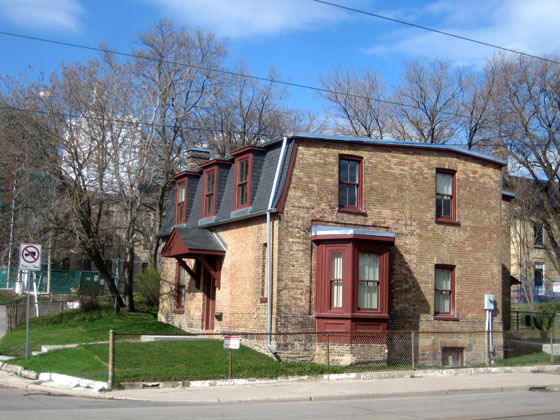