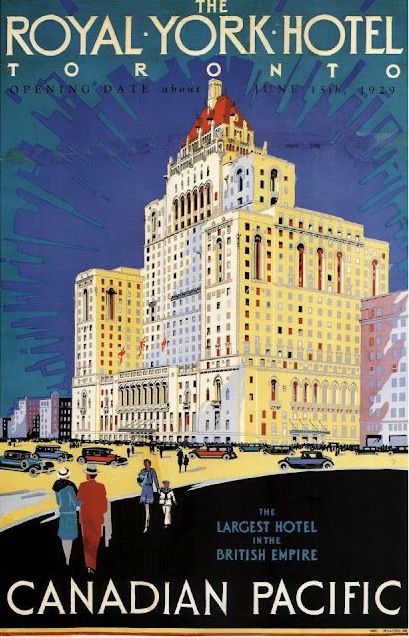 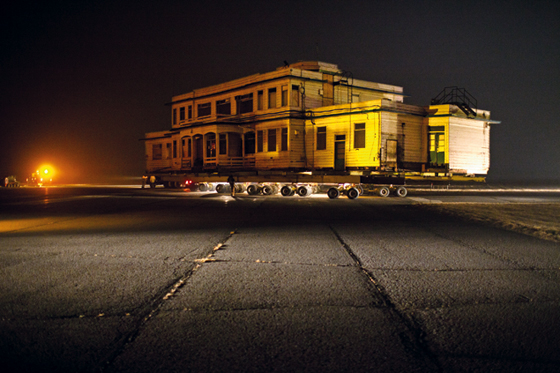 <PHOTO – Johan Hallberg-Campbell, http://thegridto.com  . . . . . Opened in 1939, the old clapboard Terminal Building at Billy Bishop Island Airport is temporarily moved for the construction of a new passenger tunnel.  This is the last surviving terminal in the TORONTO area from the early days of flight.  It’s now a heritage site.  The tunnel is expected to open in 2014. 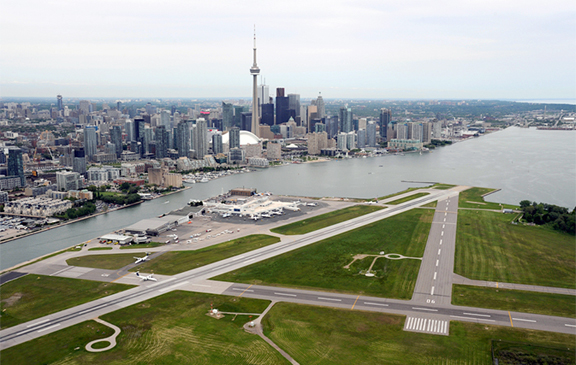 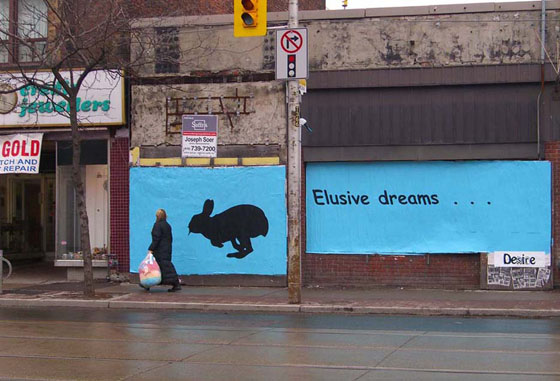 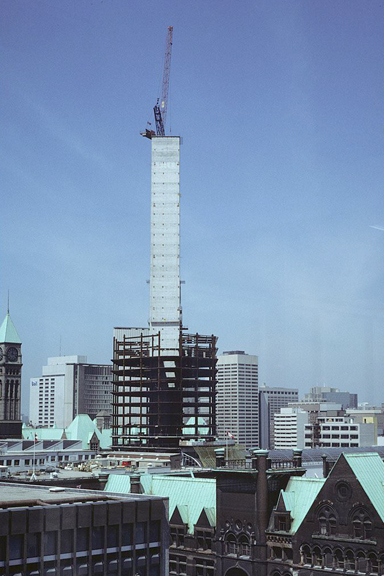 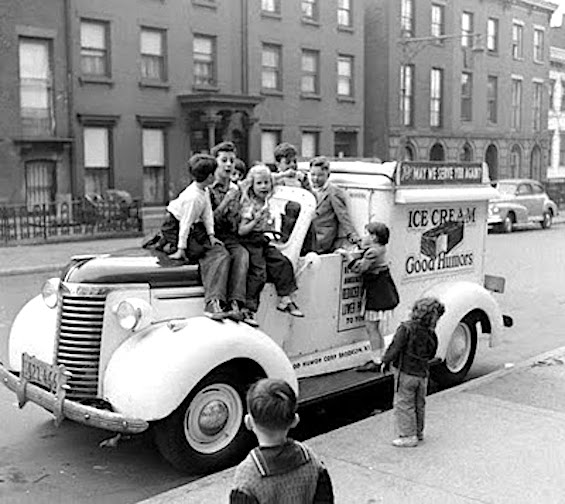 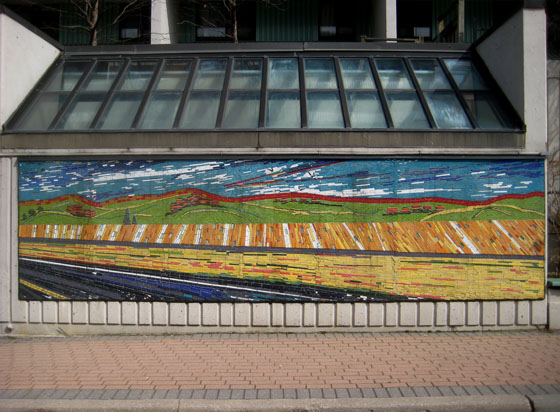 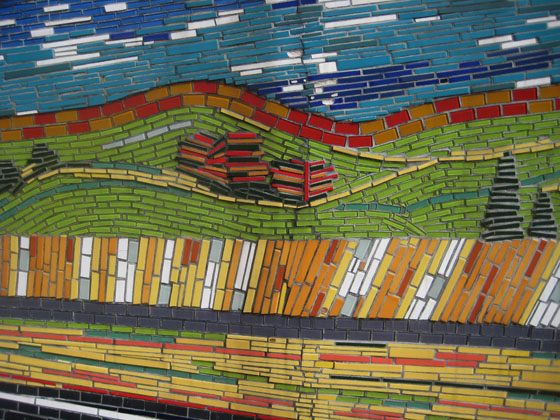 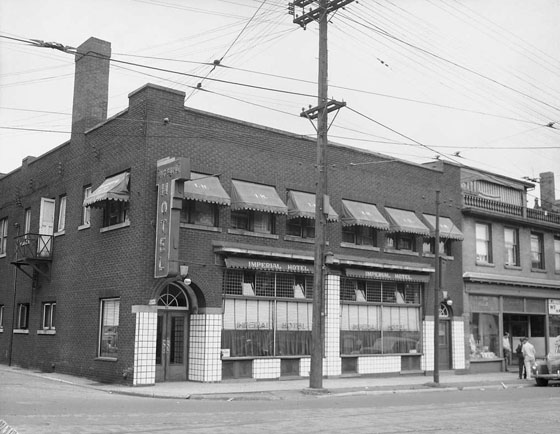 The Imperial Pub – 54 Dundas Street East – is one of TORONTO’s old watering holes, around the corner from Yonge-Dundas Square, and conveniently close to Ryerson U.  In the 1950’s, jukeboxes were installed.  To this day, the Pub plays jazz 45’s from the owner’s extensive collection.  Aquariums were installed on the first floor, the pub was extended to the second floor, and there’s now a rooftop patio.  In the 1970’s, the dividing wall between the men’s and women’s rooms were removed after changes to our conservative liquor laws. 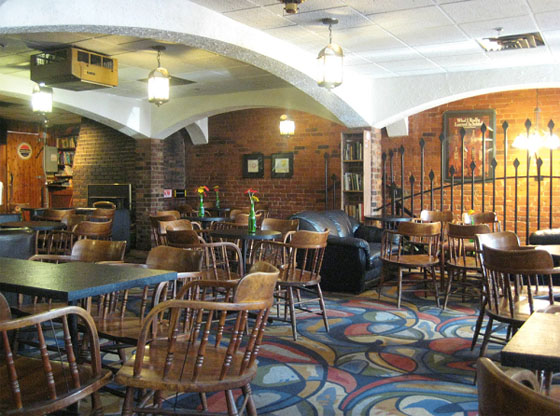 TORONTO Life on the Imperial Pub: “Around the first-floor Aquarium bar, the clientele consists of tourists and regulars who seem to have been sitting there for centuries; stairs lead up to the Library Lounge, where students and motley intellectuals gather at ancient wooden tables. In summertime, the rooftop patio is charming.” 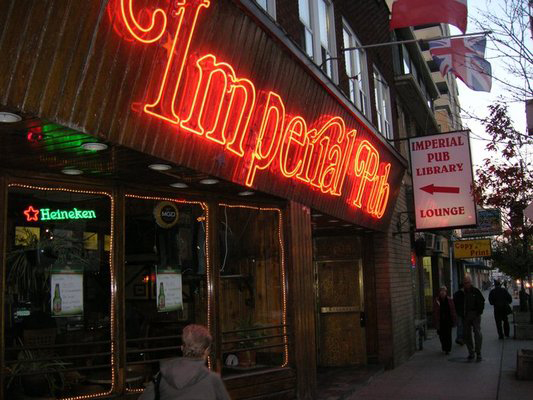 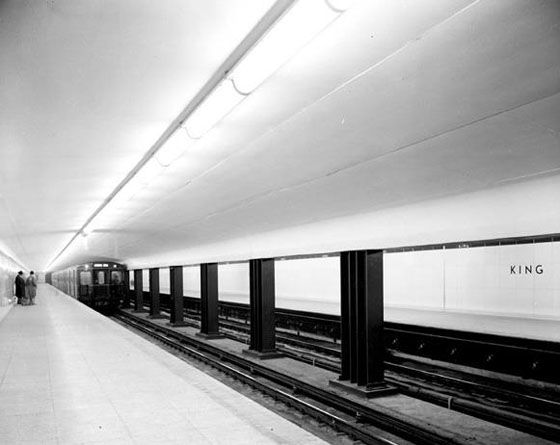 Mark these livid scrawls down to self-expression or messaging.  Painters JEAN-MICHEL BASQUIAT (1960-88) or CY TWOMBLY (1928-2011) might have understood.  To find alleyways like these, go where the sidewalk ends. 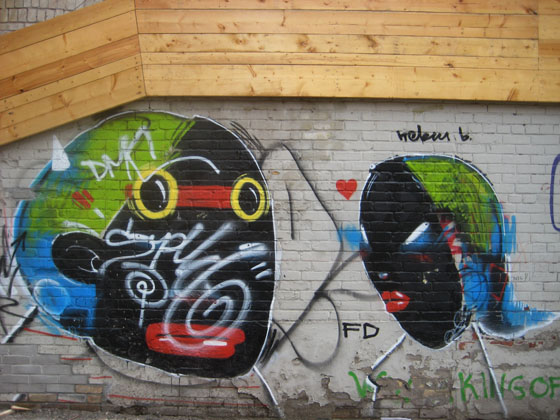 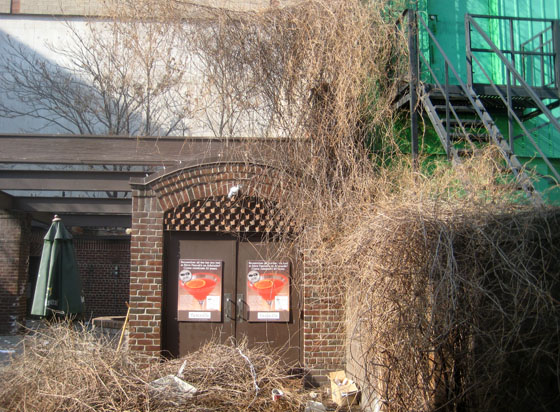 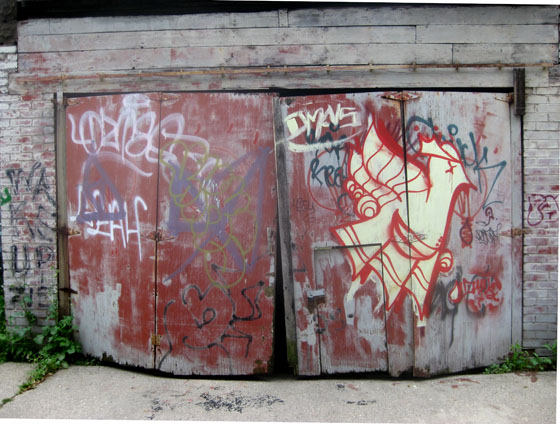 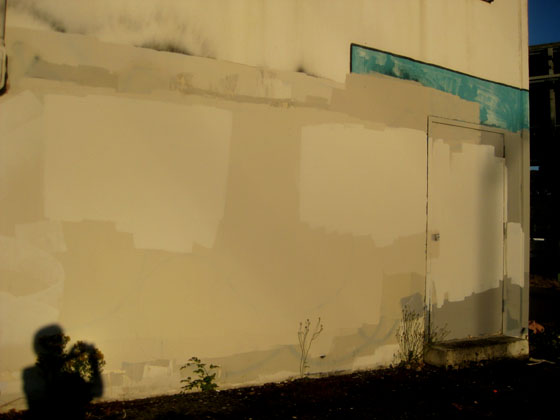 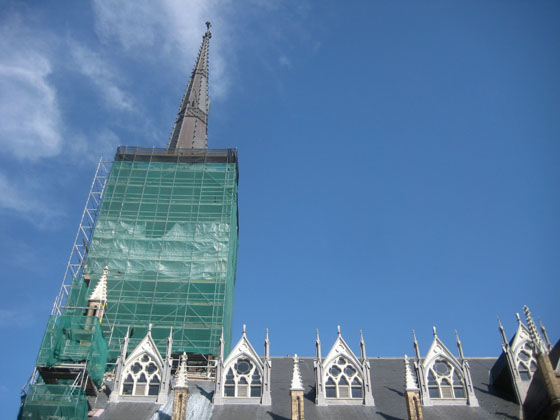 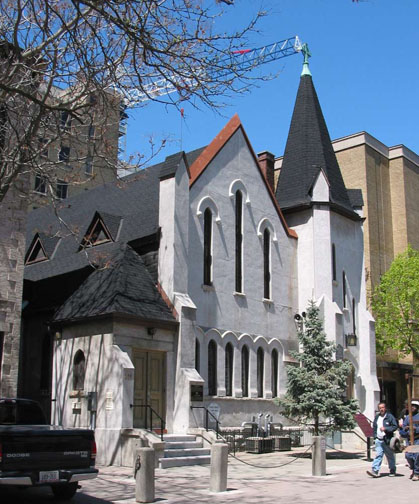 The First Evangelical Lutheran Church, erected in 1898 by German immigrants to TORONTO.  The congregation dates back to 1851. 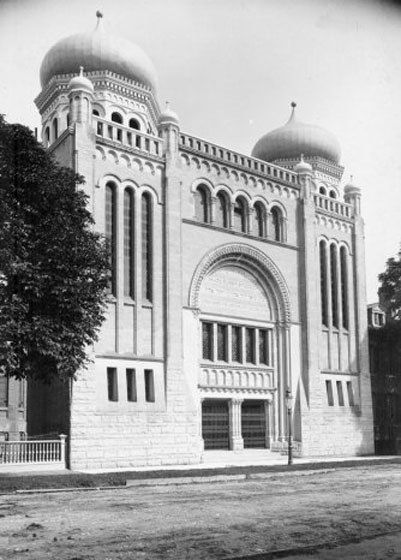 St. George’s Greek Orthodox Church, 115 Bond Street, originally opened as Holy Blossom Temple in 1897.  Designed by Canadian architect, John Wilson Siddall, it functioned as a synagogue until 1937, and then was sold to the Greek Orthodox community.  It’s now the mother church of the Greek diaspora in Canada. 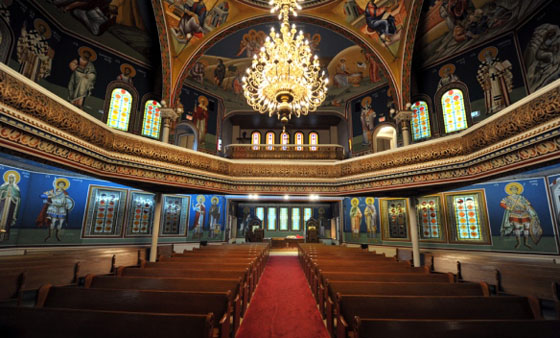 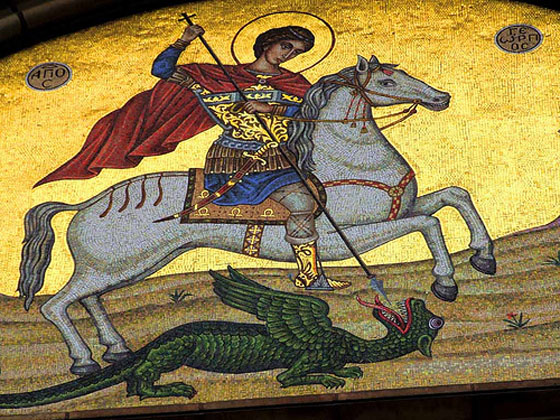 The church interior is the only one outside of Greece to have been painted in its entirety by the Pachomaioi monks, Theophilos and Chrysostomos, master iconographers from Mount Athos, Greece. 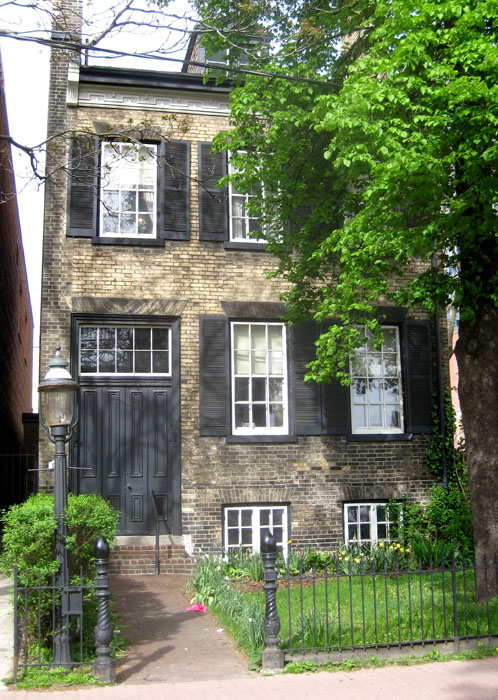 Up from there is MacKENZIE House Museum, home of TORONTO’s first mayor, William Lyon MacKenzie. 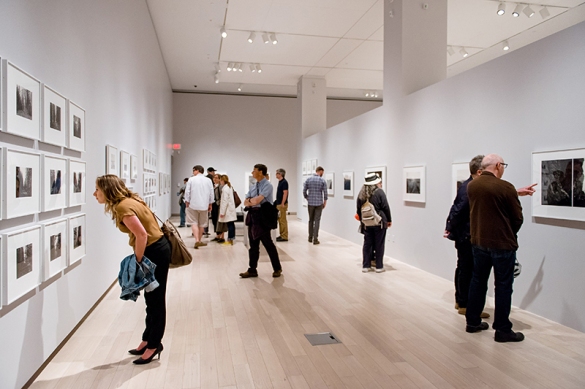 Where Bond Street meets Gould, in the heart of Ryerson University’s campus you’ll find RIC – the Ryerson Image Centre, devoted to photography in all its forms.  Free admission.