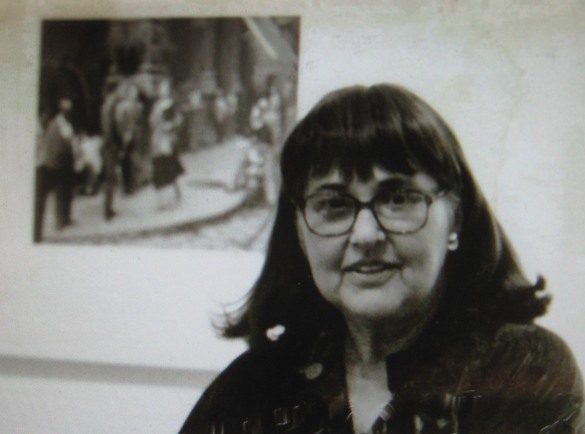 One of photography’s most recognizable images, American Girl in Italy (1951), is the work of Boston-born <ABOVE – Ruth Orkin (1921-85)>.  The famous picture shows a young woman walking past a lineup of sidewalk romeos in Florence.  The woman, then 23, is NINALEE CRAIG.  She was born in the US and now lives in TORONTO.  In 1951, Ms. Craig quit her job in New York, boarded a ship bound for Europe, and spent six months traveling in France, Spain and Italy.  In a dollar-a-day hotel by the Arno River, she met another adventurer – film maker and photographer, Ruth Orkin.  The two of them went out one morning and shot pictures of what it was like to be a young, single woman traveling abroad.

The most famous of those photographs, was created in only two takes.  Ms. Craig walked past the whistling lineup twice, the reactions were spontaneous and undirected, and the image became a classic.  Ms. Craig spent a Saturday afternoon at STEPHEN BULGER PHOTOGRAPHY GALLERY, (wearing the orange-coloured shawl in the picture), signing books and cards.  She said “this is a symbol of a woman having an absolutely wonderful time.  It’s not a symbol of harassment.”