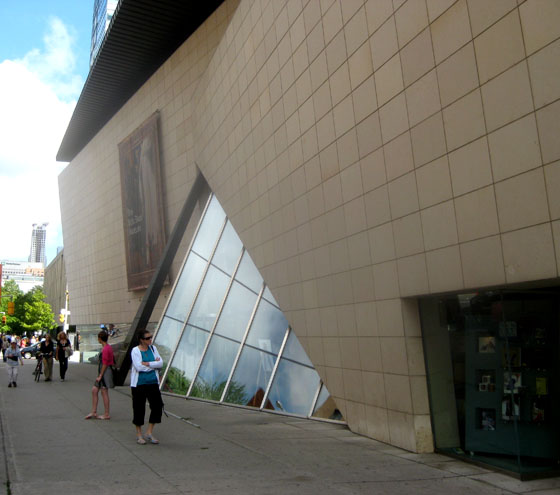 TORONTO’s Bata Shoe Museum, Bloor Street West at St. George, opened on May 6, 1995.  It’s the first of its kind in the Western Hemisphere.  Designed by Raymond Moriyama, the building is shaped like an opening shoe box.  Inside you’ll find the history of footwear from around the world – from Elvis to Marilyn to Queen Victoria to Picasso.

The collection originated with Mrs. Sonja Bata in the 1940’s.  She traveled the world with her late husband Thomas, founder of the Bata Shoe Company, collecting artifacts as she went.  The museum gathers, researches and exhibits footwear, mounts several exhibitions annually, and regularly presents lectures, performances and family events.  Subway stop – ST. GEORGE